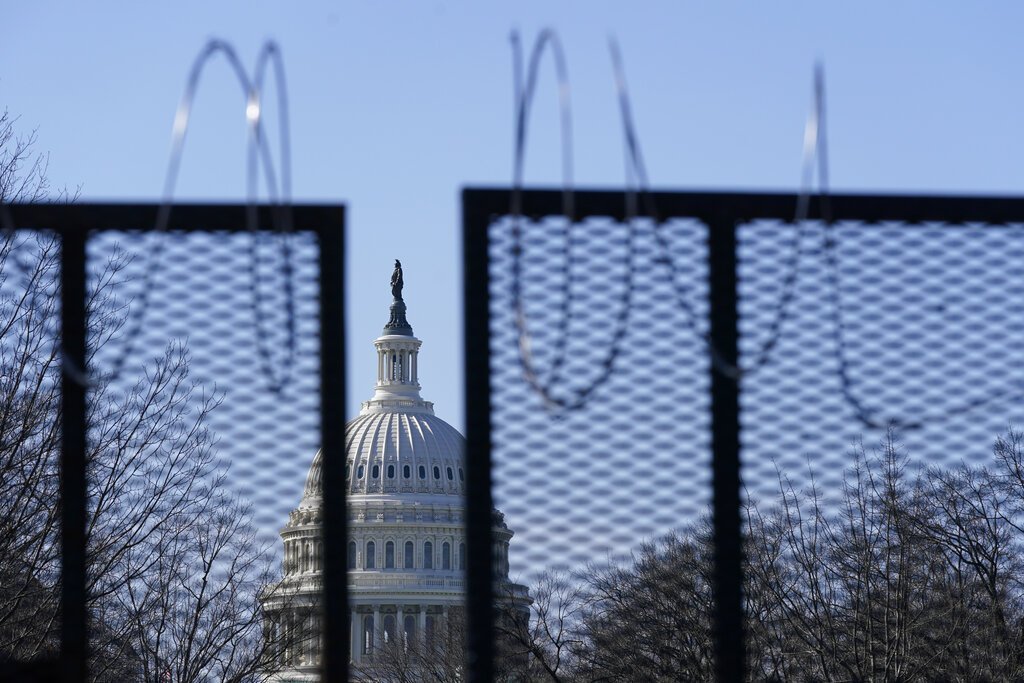 At least one officer was in serious condition, while the driver was in critical condition.

Capitol Police say that someone “rammed a vehicle into two USCP officers” and that a suspect was taken into custody. At least one of the officers was seriously injured, the officials said.

The law enforcement officials told the AP that the suspect was shot and was being taken to the hospital in critical condition. One of the officers who was injured was taken by police car to the hospital; the other was being transported by emergency medical crews, the officials said.

The officials could not discuss the matter publicly and spoke to the AP on condition of anonymity.

The U.S. Capitol complex was placed on lockdown after the shooting and staff were told they could not enter or exit buildings.

The incident occurred about 100 yards (91 meters) from the entrance of the building on the Senate side of the Capitol. Fencing that prevented vehicular traffic near that area was recently removed as the Capitol has started to open up after the Jan. 6 riots.

The security checkpoint is typically used by senators and staff on weekdays. Congress is currently on recess.

Video posted online showed a dark colored sedan crashed against a vehicle barrier, and a police K9 inspecting the vehicle. Law enforcement and paramedics could be seen caring for at least one unidentified individual.

President Joe Biden had just departed the White House for Camp David when the incident occurred. As customary, he was traveling with a member of the National Security Council Staff who was expected to brief him on the incident.

WASHINGTON (AP) — Police locked down the U.S. Capitol on Friday afternoon after a report of gunshots in the area.

U.S. Capitol Police say all Capitol buildings were being locked down “due to an external security threat” and staff members were told they could not enter or exit the buildings.

A law enforcement official says officers were responding to a report of a possible shooting on a street near the Capitol complex. It wasn’t immediately clear if anyone was injured.

Related: Hispanic man suing over cops putting him in chokehold

The official could not discuss an ongoing investigation publicly and spoke to The Associated Press on condition of anonymity.