Trial begins in Poland for two accused of spying for China 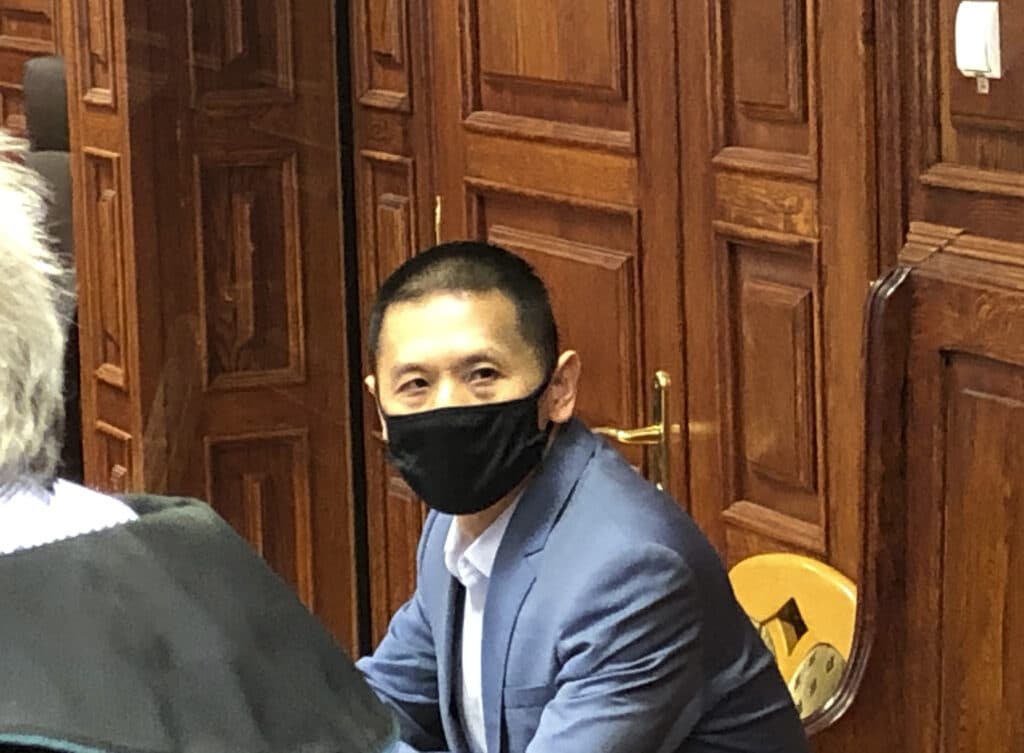 A former sales director of Huawei and a Polish cybersecurity expert are being prosecuted by the Polish government. Weijing Wang allegedly sought high-ranking contracts for Huawei that would give it access to government data systems in Poland. The Associated Press has the story:

Former sales director of Huawei on trial in Poland for spying

WARSAW, Poland (AP) — Two men accused of spying for China went on trial Tuesday in Warsaw — a Chinese citizen who is a former sales director of Huawei in Poland and a Polish cybersecurity expert.

The men, Weijing Wang and Piotr Durbajlo, have both pleaded not guilty.

At the start of Tuesday’s session in Poland’s capital, a prosecutor requested that the trial be held in secret because of the classified nature of some of the evidence.

Defense lawyers objected, saying the nature of the charges requires that the proceedings be transparent. Both Wang, speaking in fluent Polish, and Durbajlo said they wanted an open trial. But after a brief recess, the three-judge panel announced the proceedings would be held behind closed doors, citing state interests, and journalists were told to leave.

Wang and Durbajlo were arrested by Polish authorities in January 2019 and accused of spying for China under the cover of seeking business deals for Chinese technology company Huawei.

The pair were arrested amid a wider geopolitical battle between the U.S. and China over technology and trade supremacy. Former President Donald Trump’s administration lobbied European allies to boycott Huawei’s next generation mobile phone networking gear over concerns that it could be used by Beijing to facilitate cyberespionage or digital sabotage.

Wang has been in custody since his arrest. Durbajlo, a former cybersecurity expert for government agencies including the Internal Security Agency, was released on bail after six months in custody.

According to the Gazeta Wyborcza daily, the indictment is partly classified, but its public section alleges that Wang is a Chinese intelligence agent and from 2011-2019 sought high-ranking contracts for Huawei that would give the Chinese company insight into, and influence over, state and local government data systems in Poland.

Facing a minimum of three years in prison

Both men face criminal charges of taking part in a foreign intelligence operation and threatening Poland’s interests. If convicted, they face a minimum of three years in prison.

Wang studied in Poland and later served at the Chinese Consulate in Gdansk before moving over to a senior position at Huawei. He is also known by a Polish first name, Stanislaw.

The Pole is suspected of helping him establish contacts and providing him with documents. Some observers say the documents were public and not classified.

The trial is expected to take months and there is no date yet for the final verdict.

Huawei declined to comment because the case was ongoing. It has repeatedly denied the U.S. allegations but since the pair’s arrest, Huawei’s fortunes in Europe have tumbled because of the U.S. campaign. Countries such as Britain and Sweden have banned Huawei equipment from their networks. Others, such as France, say they favor homegrown rivals like Ericsson and Nokia for security reasons.

Huawei gear has been effectively blocked by the U.S. since 2012 and has also been shunned by Australia, New Zealand and Japan.

Kelvin Chan contributed to this report from London.