Biggest gain for S&P 500 since March 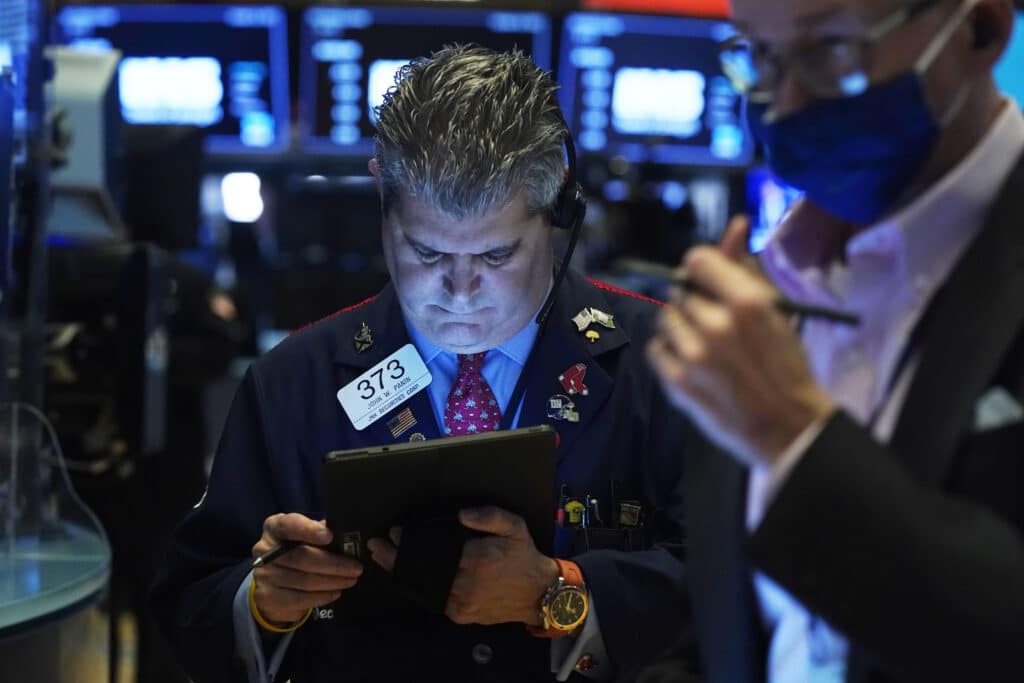 It was a great day for stocks Thursday, with technology companies rallying. The S&P 500 rose 1.7%, with over 90% of its stocks gaining. The Associated Press has the story:

Apple and Microsoft rise more than 2%

(AP) Technology companies powered a broad rally for stocks on Wall Street Thursday, lifting the S&P 500 to its biggest gain since March.

The benchmark index rose 1.7% a day after breaking a three-day losing streak. The Dow Jones Industrial Average rose 1.6% and the tech-heavy Nasdaq climbed 1.7%.

More than 90% of stocks within the S&P 500 gained ground. Apple and Microsoft were among the big gainers in the technology sector, each rising more than 2%.

The market’s gains came as investors welcomed another batch of encouraging quarterly report cards from several companies. Every S&P 500 company that reported earnings so far this week has exceeded Wall Street’s forecasts.

“It’s not surprising that the market has reacted pretty well to that,” said Randy Frederick, vice president of trading & derivatives at Charles Schwab.

This is the first big week for companies reporting their most recent quarterly financial results. Investors have had mixed reactions so far to the latest round of bank earnings. Bank of America rose 4.5% Thursday after beating analysts’ forecasts. Wells Fargo also beat forecasts, but it fell 1.6% as profits from lending fell compared with a year ago.

Investors were also reviewing the latest data on jobs and inflation as they try to gauge the economy’s health and path forward.

The Labor Department said the number of Americans applying for unemployment benefits last week fell to its lowest level since the pandemic began. It’s a positive sign for a job market that is still trying to recover from the initial hit from the pandemic 18 months ago. A surge of cases over the summer stunted the recovery.

The latest report on inflation showed that businesses continue to face pressure from rising costs. The Labor Department said inflation at the wholesale level rose 8.6% in September compared to a year ago, the largest advance since the 12-month change was first calculated in 2010.

The report came a day after the government said inflation at the consumer level rose 5.4% in September from a year ago, matching the highest rate since 2008.

The market largely took the inflation reports in stride, which suggests investors may be feeling more at ease since the Federal Reserve has signaled it may begin to taper the unprecedented financial support it has been giving the economy since the early days of the pandemic and eventually begin raising its benchmark interest rate in order to combat rising inflation.

“The market is a lot more concerned about inflation than it is about interest rates going up,” Frederick said. “At this point, yes, inflation is high, but the Fed seems like its ready to raise rates to control it and the market seems to be comfortable with that.”

Rising inflation has been raising costs for consumer goods. Analysts are concerned that could affect how much people spend and slow down the economic recovery. Investors will get an update on spending Friday when the Commerce Department reports retail sales for September.