NATO: Afghanistan military strong enough on its own 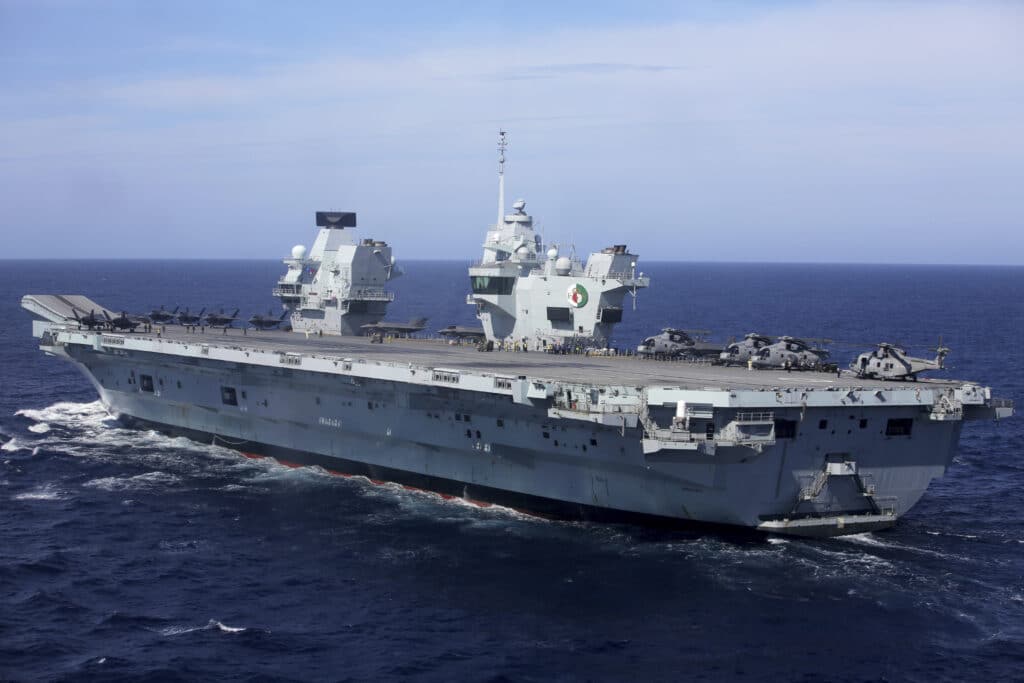 With U.S. troops scheduled to leave Afghanistan by September 11, concern has grown whether the Afghanistan military will be able to maintain stability without assistance. NATO Secretary-General Jens Stoltenberg says Afghanistan has had a long time to prepare for NATO and U.S. troops to leave. The Associated Press has the story:

Afghanistan should be fine without NATO troops, NATO chief says

ABOARD HMS QUEEN ELIZABETH (AP) — NATO has helped provide security in Afghanistan for almost two decades but the government and armed forces in the conflict-torn country are strong enough to stand on their own feet without international troops to back them, the head of the military organization said Thursday.

NATO took charge of security efforts in Afghanistan in 2003, two years after a U.S.-led coalition ousted the Taliban for harboring former Al-Qaeda leader Osama bin Laden. Fewer than 9,000 troops remain, including up to 3,500 US personnel, and they are scheduled to leave by Sept. 11 at the latest.

“I think that the Afghans, they also realize that we have been there now for 20 years and we have invested heavily in blood and treasure in Afghanistan,” NATO Secretary-General Jens Stoltenberg told The Associated Press, aboard a U.K. aircraft carrier involved in wargames off the coast of Portugal.

Related: End Of An Era In Cuba With Castro’s Resignation

“Afghanistan has come a long way, both when it comes to building strong, capable security forces, but also when it comes to social and economic progress. At some stage, it has to be the Afghans that take full responsibility for peace and stability in their own country,” Stoltenberg said in an interview.

But as NATO troops leave, much of the country stands as contested ground. The government in Kabul holds hold sway in towns and cities, but the Taliban dominate the countryside. Some of the heaviest fighting this year took place just this week, in Laghman province in the east.

Stoltenberg said that NATO countries would continue to support Afghanistan through civilian experts who will help to advise government ministries, by funding the security forces and with support for slow-moving peace talks between Kabul and the Taliban.

He said that NATO is also “looking into the possibility of providing some training out of country for the Afghan security forces, but no final decision has been taken.”

U.S. military leaders are still grappling with how best to carry out President Joe Biden’s order to withdraw all American troops from Afghanistan by September while helping Afghan forces and monitoring the threat that prompted the U.S. invasion of the country 20 years ago.

Related: Sexual Assault Treatment By Military May Be Shifting

Biden and Stoltenberg will meet with the other leaders of the 30-nation military alliance on June 14 to usher in a new era in trans-Atlantic ties after four tumultuous years of the former Trump administration. The other big issue will be Afghanistan, although no Afghan leaders are due to attend the Brussels summit.

Asked about the impact of leaving Afghanistan without the security guarantee that has helped keep the Taliban at bay, Stoltenberg conceded that “there are risks entailed to the decision of ending NATO’s military mission in Afghanistan. We have been very transparent and clear-eyed about that.”

“At the same time, to continue to stay means that we will also have to take some risks; the risk of more fighting, the risk of being forced to increase the number of troops there, and the risk of remaining with a (military) mission,” he said.

Many of the international troops in Afghanistan will already have left by the time the leaders meet next month. America’s allies in Europe, plus Canada, rely on U.S. logistical and transport help to operate in Afghanistan and could only follow once Biden announced the withdrawal.

Related: Afghanistan: Is Withdrawal The Last Solution Or The Best?

Many officials have expressed concern that once the U.S. leaves, the government and its armed forces will be quickly overrun by the Taliban. Violence has steadily mounted in recent months as the drawdown gathered pace.

It remains unclear what level of security might be needed, and who would provide it, to protect international embassies spread around the capital Kabul. The city’s airport, the main international gateway to Afghanistan, and the route to it must also be protected.

Related: Taliban Not Ready For Talks With U.S. And Turkey

Stoltenberg said that NATO plans to provide financial support to keep Kabul airport up and running, but — just a few months before the alliance ends its biggest, costliest and most ambitious mission ever — the details of how all this might play out remained unclear.