Vaccines mandatory in Austria for adults 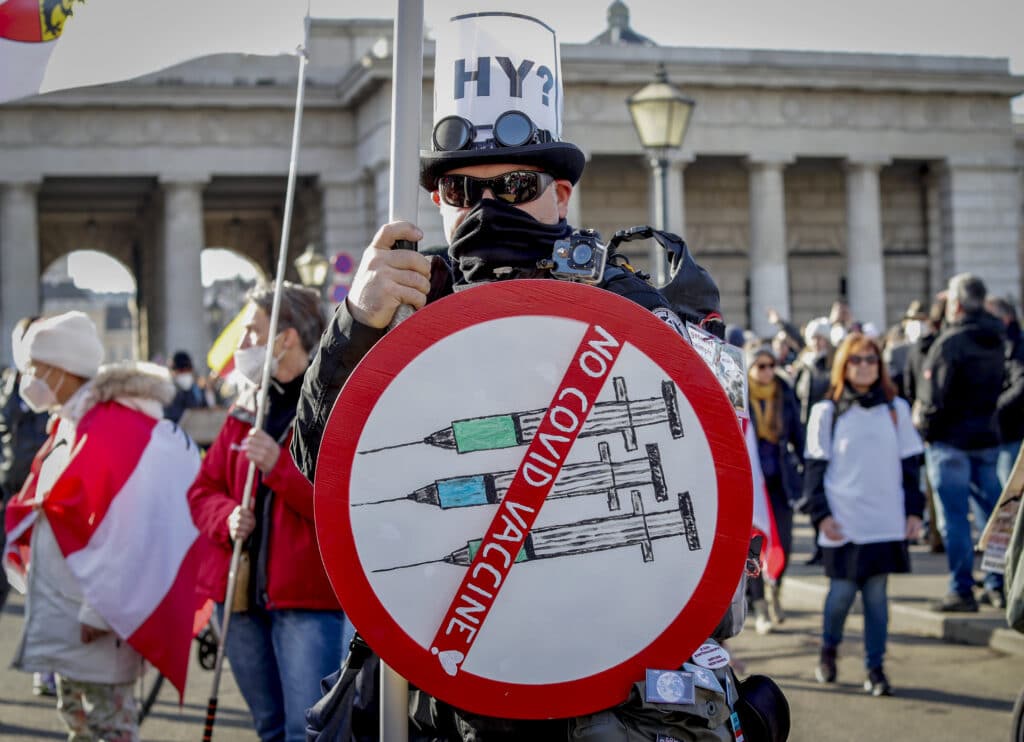 Legislation passed easily in Austria making the COVID-19 vaccine mandatory for adults. The unvaccinated will be fined up to $4,000. The Associated Press has the story:

VIENNA (AP) — Austria’s parliament voted Thursday to introduce a COVID-19 vaccine mandate for adults from Feb. 1, the first of its kind in Europe, with maximum potential fines of up to 3,600 euros ($4,000) for people who don’t comply after a series of reminders.

Lawmakers voted 137 to 33 in favor of the measure, which will apply to all residents of Austria aged 18 and over. Exemptions are made for pregnant women, people who for medical reasons can’t be vaccinated, or who have recovered from the coronavirus in the previous six months.

Officials say the mandate is necessary because vaccination rates remain too low in the small Alpine country. They say it will ensure that Austria’s hospitals are not overwhelmed with COVID-19 patients.

Health Minister Wolfgang Mueckstein, speaking in parliament Thursday afternoon, called the measure a “big, and, for the first time, also lasting step” in Austria’s fight against the pandemic.

“This is how we can manage to escape the cycle of opening and closing, of lockdowns,” he said, noting that it’s about fighting not just omicron, but any future variants that might emerge. “That is why this law is so urgently needed right now.”

The Austrian government first announced the plan for a universal vaccine mandate at the same time it imposed a since-lifted lockdown in November, and amid concern that Austria’s vaccination rate was comparatively low for Western Europe. As of Thursday, about 72% of the population of 8.9 million was considered fully vaccinated.

The measure passed easily in parliament after a fierce debate. Chancellor Karl Nehammer’s governing coalition, made up of his conservative Austrian People’s Party and the Greens, worked with two of the three opposition parties in parliament on the plan. The far-right Freedom Party vehemently opposed it.

Speakers from the four other parties criticized what they said were the Freedom Party’s deliberate attempts to stoke anti-vaccine sentiments in Austria, accusing it of spreading deliberate falsehoods about the safety and effectiveness of available vaccines.

Pamela Rendi-Wagner, head of the opposition Social Democrats, said the vaccine mandate is something “that we all didn’t want,” but that it “has unfortunately become necessary to close this vaccination gap that still exists in Austria.”

Once the mandate goes into effect in February, authorities will write to every household to inform them of the new rules.

From mid-March, police will start checking people’s vaccination status during routine checks; people who can’t produce proof of vaccination will be asked in writing to do so, and will be fined up to 600 euros ($685) if they don’t.

If authorities judge the country’s vaccination progress still to be insufficient, Nehammer said they would then send reminders to people who remain unvaccinated. If even that doesn’t work, people would be sent a vaccination appointment and fined if they don’t keep it. Officials hope they won’t need to use the last measure. Fines could reach 3,600 euros if people contest their punishment and full proceedings are opened.

Austria’s governing coalition also announced Thursday that 1.4 billion euros ($1.59 billion) will be invested in efforts and incentives to encourage unvaccinated people to get the jab. Of that sum, 1 billion euros will go toward a national vaccine lottery beginning March 15, while the remaining 400 million euros will be directed to towns that reach a certain high vaccination rate.

The mandate is supposed to remain in place until the end of January 2024. An expert commission will report to the government and parliament every three months on vaccination progress.

The government originally intended for the mandate to apply to all residents 14 and over, but changed that to 18 during consultations with political opponents and others.

Since the vaccine mandate was initially announced, the measure has led to regular large-scale demonstrations in Vienna, some of which have drawn upwards of 40,000 protesters. Like other protests against coronavirus measures across Europe, the Vienna demonstrations have drawn vaccine skeptics and right-wing extremists alike, and officials have warned that the protests are radicalizing.

Some other European countries have introduced vaccine mandates for specific professional or age groups. Greece, for example, makes COVID-19 vaccination obligatory for everyone aged 60 and over, as that age group accounts for the majority of deaths and hospitalizations in intensive care units.

Austria’s neighbor Germany is considering a mandate for all, but it’s not yet clear whether, when and in what form that will go ahead.

By EMILY SCHULTHEIS and GEIR MOULSON