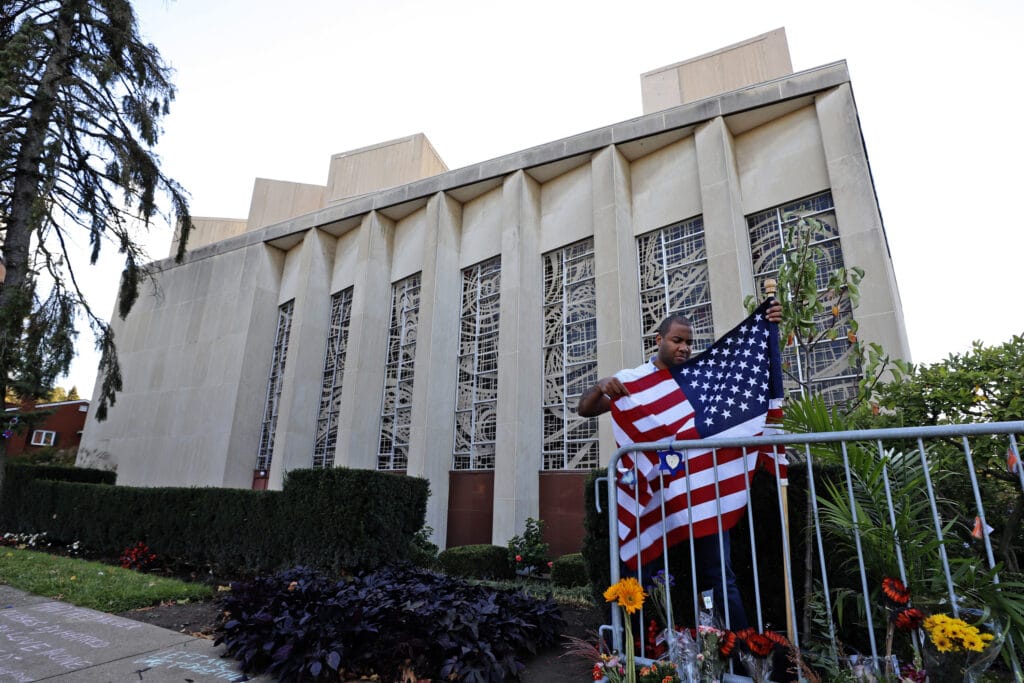 A hearing is being held to determine whether statements made by synagogue shooter Robert Bowers will be allowed at trial. One of the first witnesses at the hearing was Pittsburgh police officer Stephen Mescan, who said Bowers talked about killing Jews. The Associated Press has the story:

PITTSBURGH (AP) — A Pittsburgh police tactical officer who was among the first law enforcement members to get inside the synagogue building during a shooting three years ago that killed 11 people told a judge Tuesday that defendant Robert Bowers made several references to killing Jews.

Officer Stephen Mescan was the first to testify in what is expected to be a two-day hearing into whether prosecutors will be allowed to use at trial certain statements made by Bowers the day of the October 2018 massacre.

Federal prosecutors played dozens of snippets from police radio transmissions from the scene, including one in which Mescan said: “Suspect is talking about ‘all these Jews need to die.’” Mescan told U.S. District Judge Donetta W. Ambrose that Bowers made other similar statements that day.

Bowers, who faces more than 60 federal charges, including hate crimes violations, obstruction of religious belief and the use of a firearm during a crime of violence, was not in the Pittsburgh federal courtroom Tuesday. He has pleaded not guilty and faces a possible death penalty if convicted.

Authorities allege Bowers, 49, of Baldwin, Pennsylvania, perpetrated the deadliest attack on Jews in U.S. history. He also wounded seven, including five police officers, at the Tree of Life synagogue.

Investigators say Bowers opened fire with an AR-15 rifle and other weapons during worship services inside the building, killing eight men and three women. He was arrested after a police tactical team tracked him down and shot him.

Mescan said that when he and other tactical officers entered the building, they saw to their right two victims who had been shot in the head several times, and a trail of blood leading to the building’s basement.

The hearing is expected to last all day and continue Wednesday.